Hitting Women is too Easy

So yeah, I played the hero last night, it felt good to know I did the right thing, but dissatisfied with the reult.

I was hanging at a comedy show in the shady part of Theater Row in Hollywood. It's a part of town with still wet Latinos and 6 foot tall black tranny whores. This is not the Bed, Bath, and Beyond crowd.

About 11PM, someone points out a couple that we couldn't tell if they were fighting or plowing each others fruitful loins against a sedan in the shadows on the side of the street. I assumed it was a couple being playful, but had a weird feeling. I grabbed some of the comics who were outside to go with me

(This is where i will interrupt the building intruige in the story to tell you my amazement that comics actually put their cigarettes out, stopped texting/twittering, and trying to get booked on someone else's show to be altruistic, albeut for 30 seconds.)

We seperate the guyfrom his lipstick covered punching bag. He starts taking swings at the fellas and we wrestle him to the ground in a non UFC way, and sepeate him from victim.

As soon as the whole gang came togather like Voltron, Ike Turner let go of his chick, and I asked her if she wanted to come across the street and call a cab and get home safe.

She looked at us like we were insane. It is surreal when an epiphany hits someone in the face, and they clench their eyes tighter. Because, change is an unknown, and misery has that familliar flavor of Bazooka Joe (at first better than no gum, then quickly remembering that the recycled joke from the fifties on wax paper is more entertaining.)

Chris Brown goes into crying mariachi mode, and it was delightful to see. He realized he had been an asshole, and his lady may be mooking for a different guy's name to tattoo on her neck.

And then the unthinkable, this lovestruck down syndrome patient turns goes back just to talk. We all shrug, turn around and plan our next Rihanna joke about the incident.

15 minutes later more banging on the same side of the same car. Spanish yelling and then the car takes off with Mike Tyson laying a patch of rubber longer than a list of Justin Bieber accomplishments.

I have never wished for a woman to be abused/beaten/humiliated. But as a joketeller, I always carry a desire for a great ironic end to every story.

The Unknown Theater has since closed, and it was a favorite hangout of mine. Got to meet alot of cool people, and do my thing there.
Posted by Matt Lewis, Comic at 10:00 AM No comments: 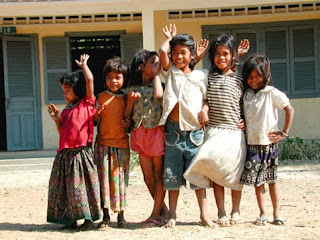 To all the comics that email me and ask about Dame Funny , talk to me in person either at my show or another show I am at (AFTER I GO UP), I do not want to be a cyber booker. If I don't know you, I DON'T KNOW YOU.

If you like tell me where you are performing, invite me, and then we'll see. I'm not saying "No", I'm saying, "let me learn how to do this thing first." I've had 2 shows and 200 inquires.

Right now I am sticking with my "Dames" I know and trust.

Here is my regular rotation of places I am at....(subject to change at any time)

if you don't know where these places are, google is your friend.

If you really like me, get me a pack of cigarettes. Also, promise me you will invite all your girlfriends who show pisspoor judgement when it comes to men.
Posted by Matt Lewis, Comic at 3:01 PM No comments: