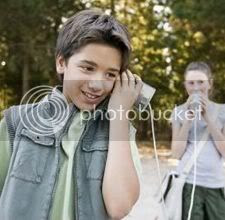 Big News, just started a podcast with a comedian buddy of mine Dave Swan (@swanagram on Twitter). We named Getting Chicks, which as you see will be a double entendre. We'll have a weekly catch up session with ourselves and have a different female guest weekly. http://www.blogger.com/img/blank.gif

This is our first episode. Our guest is Lynn Halstead, 15 year veteran out of New York, who writes the blog. It's a catalog of entries of every man she has slept with. All names are kept anonymous yet hilarious. You can follow her on twitter at @56men.

Take a listen it's fun.

Getting Chicks Podcast Episode 1
Posted by Matt Lewis, Comic at 3:41 AM 1 comment:

Angelo Bowers Is My Hero.

I'm typing this through tears and I don't know what say. I lost a friend yesterday. It's selfish to say I lost a friend, because I got to share him with everyone I could. It really put this in perspective when my mom called me today, because she remembered the jokes of Angelo's I would tell her.

I started doing comedy seriously in January of 2008. One of the first places I went in LA was the Pig N Whistle in Hollywood. That's where I met Angelo Bowers. He was one of the funniest on a dozen funny guys there. He had his own style, a smart and playful style. He was warm and sincere, and I was intimidated by how funny he was.

I was too intimidated by him that I didn't introduce myself until the third week I had seen him. When I did, he remembered some of my awful jokes, and invited to go with him to go with him to another open mic down the street.

This is what he did, doing 2-3 spots a night, working on his jokes, writing new hilarious stuff every time. And making new friends everywhere. If you saw one of his sets once, you listened to him every time afterward. He was real. He was genuine. He was hilarious.

Comics never left the room if they knew Angelo was coming up. It was like when Babe Ruth came up to the plate. If he was at a comedy club, the 10-15 year veterans would watch and him and pay attention. He was our star. I loved telling somebody who hadn't seen him that they'll want to watch this guy.

As funny as he was. He was a greater person. There were no strangers, he was shy and humble, and everyone wanted to meet him. I got to share him with people. He got to entertain them and it was great because it's what he loved doing.

He left LA for a couple of months and I kept in touch with him through texting and when I made him laugh and smile it made me feel better. When he came back, he made comedy better. He is and always be something special.

He died yesterday, he was in a car that was hit by a drunk driver. It doesn't make sense to me. It probably never will. I'm typing this and I am crying and hoping this is something worthy of him. And I'm sure he'd laugh and tell me not to worry about it.

I don't know what to say. Try to be more like Angelo. Work your best at what you do and be nice to people. Tell people you love them. Hug them, be supportive, care. 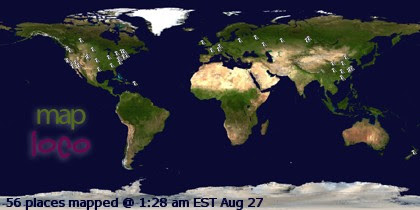